They are also called Wax, using the English term.

Derived from petroleum and relatively easy to work, mineral waxes are versatile and account for over 70% of world production.

They can be used in various fields of activity, in particular as candle wax, but also in the sectors of packaging, waterproofing wood and insulation.

The length and type of carbon chain determine the characteristics of waxes, including their melting point and consistency.

Mineral waxes are generally criticized by the general public, but:

– they come from fossil natural materials, the hydrocarbons drawn for the production of oil

– mineral waxes are produced with material that is not used for the production of fuel.

Therefore, the production of mineral wax contributes to the optimization of drawn resources.

ADC is a supplier of micro-crystalline waxes and refined paraffins (“fully refined”).

The differences between paraffin and micro-crystalline wax:

Micro-crystalline wax differs from paraffin in that it has a more branched crystal structure and a longer carbon chain. Thereby :

– micro-crystalline wax is more flexible than paraffin, which gives it interesting adhesion properties

– its melting point is higher than that of paraffins 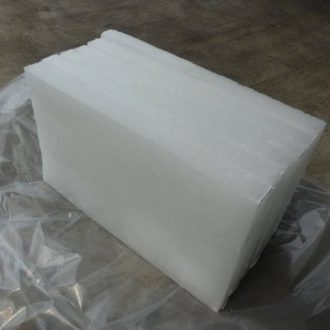 Micro-crystalline waxes
A project? A question ? Contact us!
By continuing to browse, you accept the use of third-party services that may install cookies
More infoCookies OptionsAccept
Manage consent